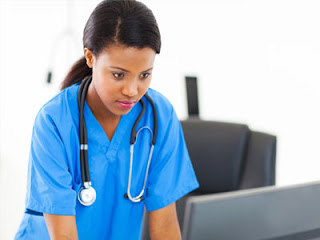 This week Lord Carter discussed the findings of his interim report into NHS provider productivity which looks at how the NHS can make savings of up to £22bn by 2020.

Some of the measures he proposes including smarter procurement and better management of staff rosters and a tackling ‘bed blocking’ as nearly one in ten beds is being taken by someone medically fit to be released.

Another area where savings was identified was in tackling staff absence. According to the review, £2bn could be saved across the NHS through better management of staff, with sickness and absence rates currently varying between 3.1% and 5% of staff.

With levels in the NHS well above the national average (i) this is certainly an area where improvements can be made. It has been reported that sickness absence in the health service is at its lowest rate for five years, however, the figures are still higher than other in other sectors.

However, the average rate across all UK sectors according to the Office of National Statistics (ii) is 4.4 days per worker each year.

One way that the NHS could start to reduce staff absence rates is by implementing a robust absence management system to allow hospital managers to track sickness absence, as well as absence due to holidays and flexible working.

Organisations with these systems in place can expect to see almost an immediate reduction in sickness absence of between 20 to 30 per cent, simply because there is a formal system for recording and managing it which makes employees more mindful of their absence rates.

Managers are also able to track patterns in sickness absence. They can see if someone is regularly calling in sick on a Monday or a Friday and identify those who are regularly sick who might be suffering from issues such as stress.

Getting to the root causes of sickness absence is a vital part of reducing absenteeism. In a highly pressured environment such as the NHS absence due to stress is common and it’s important that managers are able to spot trends at a glance.

We work with several NHS trusts and having a formal absence management system in place has helped them reduce sickness absence. It’s something more trusts should have as collectively across the entire health service there are huge savings to be made by reducing sickness absence.

It will not only reduce the need to pay for extra resources to cover for absent staff but will also reduce the pressure on other staff that have to take up the slack when people are off sick, which can lead to improved employee morale.

This website uses cookies to improve your experience while you navigate through the website. Out of these, the cookies that are categorized as necessary are stored on your browser as they are essential for the working of basic functionalities of the website. We also use third-party cookies that help us analyze and understand how you use this website. These cookies will be stored in your browser only with your consent. You also have the option to opt-out of these cookies. But opting out of some of these cookies may affect your browsing experience.
Necessary Always Enabled
Necessary cookies are absolutely essential for the website to function properly. This category only includes cookies that ensures basic functionalities and security features of the website. These cookies do not store any personal information.
Non-necessary
Any cookies that may not be particularly necessary for the website to function and is used specifically to collect user personal data via analytics, ads, other embedded contents are termed as non-necessary cookies. It is mandatory to procure user consent prior to running these cookies on your website.
SAVE & ACCEPT